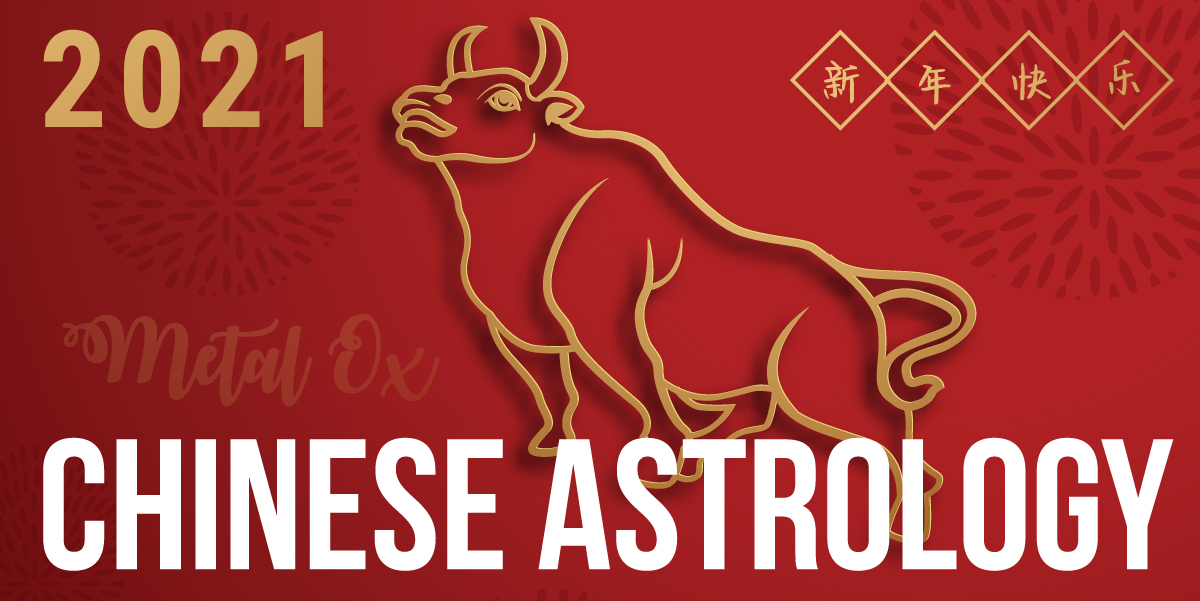 Chinese Astrology is an ancient Oriental art of character reading and fate prediction upon which the Orient has depended for many, many centuries. Although the Chinese horoscope is different from Western astrology, like all systems of presage, it applies the date of the subject’s birth to a set of predetermined characteristics that help to predict what the basic nature of that person will be. Unlike Western astrology, the Chinese horoscope does not consider the influence of stars and planets upon the human personality. The Chinese horoscope eliminates complication. You don’t have to consult with an old sage in Peking in order to read about yourself. The animal symbol will tell you enough to keep you going through thick and thin for many years.

Every Asian person about to make a great decision about marriage, family, profession, burial, or relocation will first check to see if his sign and those of the people involved indicate that any benefit will result from his prospective move. In Japan and china parents still arrange many marriages. If the family considers that a Rooster son is not well matched to a Rat woman, oftentimes the wedding is called off.

Every sixty years, there occurs a Horse year that is called the Year of the Fire Horse. The birth of a Fire Horse child, though fortunate for the child himself, is thought to be disruptive to a home an family. Since 1966 was a Fire Horse year and many Japanese women did not wish their families to come under malevolent influences, the abortion rate in Japan soared to a dizzying rate in 1965

Certain years are not particularly productive for agriculture. Oxen subjects, who are gifted for farming, do not thrive in these years. Oxen are advised to store up provisions during the period proceeding Goat and Monkey years so as not to suffer from want during these leaner times. You will find similar predictions for your own sign at the end of each chapter.

It is not unusual to see entire blocks of derelict buildings in cities like Hong Kong, awaiting demolition because sages have said the time is not right. The temporary burial of family members is not uncommon in Japan. Ancestors, according to the Oriental horoscope, must be laid to rest under auspicious conditions. Permanent grave sites are decided upon only after due consultation with augurs.

The year 2021, the White Metal Ox Year, when viewed astrologically has lots of positives in store among its main theme of important changes. This optimistic view is shared in both Western and Chinese Astrology and looks a much more likely scenario than some of the ‘end of the world’ Mayan calendar theories. The planet Pluto’s influence in 2021 signifies rearrangements while Neptune’s presence will encourage our higher thought processes. This combination of planetary power will stimulate us to seek out alternative solutions for problems. 2021 in China will be celebrated as a Year of the White Metal Ox and is also predicted to be a time for enthusiastic readjustments and steady progression.

The 2021 White Ox’s year starts a little later than the Gregorian calendar’s 1st of January and does not begin until 11 February 2021. These two main Astrology sources suggest that the year 2021 will focus on and initiate noticeable periods of change, including advances in the way we perceive and think about things. The Yod aspect formation foreseen in Western Astrology in 2021 is a strong sign of attitude changes. The Ox’s calming Metal influence is all about thoughtful transformations. So the overall astrological message that reflects in Zodiac 2021 Horoscope for the 2021 year is one of shared enthusiasm for improvements, this is good news as it is an indication of better times ahead.​

In the Chinese lunar calendar the New Year 2021 falls on the 11th of February with festivities lasting for the following fifteen days. This particular new yearly period is known as a 2021 Hsin Ch’ou year symbolized by the White Metal Ox, in traditional Chinese Horoscope figuratively described like “Ox on the Way”. As the year 2021 ends in a number 5, it is also regarded as Yin influenced and assumed to be noticeably eventful and positive. The Ox’s usual haphazard power is calmer and more concentrated due to the inclusion of the element of Metal. The celebrations for 2021 year of Ox, like all Chinese New Year’s, will center on reunions of the family and the consumption of certain foods for long life and success.

On the 13th day of a Chinese New Year traditions include the eating of Choi Sum a rice congee dish with mustard greens. This is believed to help cleanse the body in preparation for the 2021 year ahead. The next day is a time for getting things ready for the traditional lantern festival including the making of a special food called Yuen Sin or Tong Yuen. The special conclusion of the revelry involves a parade in the moonlight with a precession of bright lanterns. A giant Ox symbol of the 2021 year of White Ox is constructed that dances throughout the streets. This display is an indication of the end of the celebrations and of fresh beginnings.