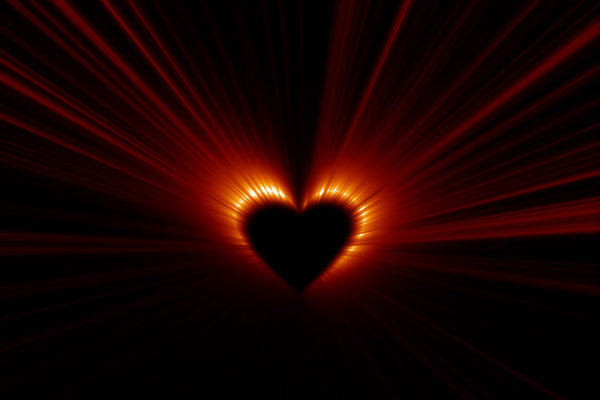 Eclipse of the Heart

The Libra Full Moon on April 4th (2015) is a supremely charged peak, as it’s also a Total Lunar Eclipse.  I’d like to share some thoughts that relate mainly to the on-the-edge-of-war atmosphere of the moment.

It’s got me thinking about the extraordinary rallies of soul force against war — the largest in human history — that happened a full Jupiter cycle ago, on February 15th,  2003.  How big?  Well, in Rome, three million people rallied, and the worldwide estimate was six to ten million.

And the similarity to the moment of the April 4th eclipse, with Jupiter in Leo, and as was the case then, in retrograde.  And nearly the exact same degree (11-12), too!

Jupiter in heartening Leo strikes big at the eclipse, with friendly trines to the Sun, Uranus and Mercury in exuberant Aries.  Jupiter shows the way forward to a brighter future, one in which everyone — especially children — has unique value, and a right to shine and live courageously.

The cosmic constellation of the Libra Full Moon is set to cheer on spontaneity.  With its spark to Uranus, the planet of collective shockwaves, there could be spontaneous uprisings, where people boldly step out of the old roles and traps.  Jupiter is triggering reminders (in retrograde) of the profound power of the heart, and its way of seeing.  I’m reminded of this quote:

“And now here is my secret, a very simple secret: It is only with the heart that one can see rightly; what is essential is invisible to the eye.

And here’s something interesting.  The National Dream Center ran a red alert recently, showing that dreamers were picking up hints that there will be a “rally,” and that the plans for wider war will fail.  The words Sword Fail were picked up, which is curious since Libra is an air sign, which are associated with the swords in Tarot.  And the Justice figure holds Scales in one hand and a sword in the other.

So often we associate Mars-ruled Aries with all things martial, including war and conflicts.  And yet here Aries will and force is guided to higher heart-inspired impulses.

And the spirited fire energies of the moment tip the scales, and burn off the heavy malaise that flooded in at the first Pisces New Moon eclipse.

I’ve heard from different tuned-in sources that the first eclipse, in Pisces (on March 20th, Spring Equinox), cause soul flooding and some anxiety (foreboding?)

With the degree it fell on, 29 Pisces, it’s worth pondering the collective sea, and the stirrings of the soul that lead to the kinds of spontaneous uprisings mentioned above.

I’m finding it a kind of healing crisis, personally, but also sense something more — a disturbance in the force.  That last degree of Pisces is about endings and surrendering what comes up, back to the oceanic source.

The one-two punch of the eclipses could be accelerating that process, so we’re ready to welcome the new.  And the evolutionary path in the moment, is one of big fierce enthusiasm put toward a just future.  The Libra Moon is closely aligned to the North Node (in Libra), which is the growing edge.

The sword of Libra is also a symbol of clarity, and the power of ideas whose time has come.

Is this all wishful thinking?  Or is it Jupiter-inspired (mine is in Leo) faith in the human spirit, especially in times of great risk and danger?

Those who are awake see the rise of tyranny, and the sense of despondency also rises.  That accumulated feeling, about what’s happening to our world, is what’s possibly been released (at the first eclipse).

My sense is that the rally in 2015 could be different from taking to the streets.  It’s more likely to be less anti the old paradigm, but a rushing with gusto into the new, which leaves the old in the dust.

It can be simply a call to action, for each individual, to disengage from destructive, death-dealing patterns of all kinds, and boldly act on a creative, life-enhancing vision.