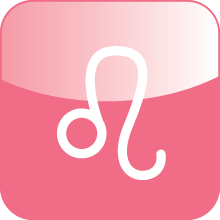 You’ll always be our shining star, Leo. But in 2019, you may want to spend some time out of the spotlight.

After all, with a total lunar eclipse in your sign at the start of the year (January 21), you’re releasing an old identity and setting the stage for a new one—and that’s definitely a behind-the-scenes process. You’ll need plenty of privacy to nurture the growth happening on a deep, subconscious level.

With the North Node in Cancer all year, self-care comes first. And that hits home for you when Mercury and Mars in Cancer oppose Saturn and Pluto in Capricorn (June 14-19). Listen to your body—it may be trying to tell you something. Give yourself plenty of down time, and do your best to establish routines that keep you grounded and centered.

Mercury spends the summer traveling between your twelfth (Cancer) and first (Leo) houses, bridging your inner “secret world” with your outer reality. Important messages are coming through, and you’ll have multiple chances to receive them—and more importantly, act on them. You’ll feel more like your usual, expressive self with Mercury in your sign (June 26-July 19 and August 11-29). But with the messenger planet retrograde from July 7-31, you may have to repeat yourself a few times to get your point across.

Later in the year, Mercury will spend two months in Scorpio (October 3-December 9, retrograde October 31-November 20). Your year-long journey of self-discovery leads to new insights about your childhood, family, or heritage… and your concepts of home and family could be transformed in the process. In a more literal sense, you may also be inspired to “transform” your home environment by renovating, redecorating, or clearing clutter.

If all this sounds a little intense, Leo, don’t worry—with Jupiter in Sagittarius, there are also plenty of good times in store! Just remember, moderation is the name of the game. Keep it at a nice slow burn, and your inner fire will sustain you through 2019 and beyond.

When it comes to love, Leo, you’ve always been a little “extra.” But with Jupiter in Sagittarius for most of 2019, this year you might even outdo yourself!

And with two Venus-Jupiter conjunctions (January 22 and November 24), the romantic possibilities are virtually endless. Exciting new people and prospects can show up in your life… but are they too good to be true? You’ll have to look more closely—with Jupiter also squaring Neptune three times this year (January 13, June 16, and September 21), it’s not always easy to tell fantasy from reality.

Still, if you’re in a long-term relationship, a little bit of fantasy can go a long way toward reigniting the spark. Just know your limits—the temptation to overindulge, overspend, or overly idealize your partner can be difficult to resist.

After all, Leo, fantasy is fun—but eventually, you have to get real, even if it means sacrificing some of the mystique. Real intimacy means having empathy for each other’s struggles and talking about sensitive stuff like money, sex, and power dynamics.

And with Mercury spending two months in Pisces (February 10-April 16, retrograde March 5-28), these hot topics are definitely on the table for you. Boundaries are being dissolved and redrawn, hopefully in ways that are healthier and happier for everyone. Discuss this with love—but be aware that with Neptune also in Pisces, there’s potential for confusion or even deception.

You love to be loved, Leo, but that doesn’t mean you don’t need your space. And deep down, you’re more attracted to someone who needs theirs, too. Whether you’re in a serious relationship or keeping it casual, the Aquarius new moon on February 4—with Mercury, also in Aquarius, sextile Jupiter—can bring a breath of fresh air.

You may not want what you’re “supposed” to want in a relationship… and that’s OK. It just means you’ll have to get creative and come up with an arrangement that works for you. Be direct about what you want—especially in March, when Venus in Aquarius squares Mars in Taurus—but keep a playful spirit and an open mind!

Stay on your grind, Leo—with Saturn and Pluto in Capricorn for the long haul, your workload isn’t getting any lighter in 2019.

But that doesn’t mean you have to approach it in the same old way. In fact, with the South Node also in Capricorn, that’s unlikely to achieve the results you want this year. Fortunately, three eclipses in Capricorn (solar on January 5 and December 25, lunar on July 16) can help you break bad work habits and establish better ones.

Uranus’ entry into Taurus on March 6 stirs up dissatisfaction with the status quo in your career. You’re ready for a radical change, but try not to make any sudden moves—with Uranus here until 2026, you’ve got plenty of time to plan your exit strategy. (Just don’t be surprised if your plans change more than once!)

Around the new moon on August 30, a stellium of planets in Virgo (moon, sun, Mercury, Venus, and Mars) forms a Grand Earth Trine with Uranus, Saturn, and Pluto. This flow of energy among your three career houses gives you the potential to radically reinvent your career, with lasting success… as long as you keep showing up and doing the work.

The Virgo planets also form a T-square with retrograde Neptune in Pisces and Jupiter in Sagittarius. If you’re considering a risky business move around this time, make sure it’s a calculated one—don’t quit your day job without a solid plan and a good safety net.

We are not going to lie, Leo, 2019 might not be the most exciting year of your career. But if you take your time to do things right, it’ll be time well spent. And who knows? By December, when Jupiter joins the party in Capricorn and makes his own trine to Uranus, your patience and hard work may pay off with a “big break!”

Learn Even More About Leo!

Moon is traveling through beautiful Libra today. Make it a date night. Smile, it looks good on you.