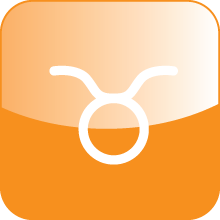 Fasten your seat belt, Taurus, it’s going to be a bumpy ride!

On March 6, Uranus charges into your sign like a bull in a china shop—and he’ll be there shaking things up for the next seven years.

Chaos, upheaval, radical change—we know these aren’t your favorite words to hear. But in a way, Taurus, you’re better equipped than anyone to ride out this transit with ease. After all, no matter what happens, you always seem to keep your feet on the ground and take it in stride.

And that’s good, because when Uranus moves through a sign, he leaves no stone unturned! The shakeups reverberate through all areas of life: your way of approaching situations, your sense of purpose, your appearance, even your health.

With Uranus retrograde from August 11 until January of next year, many of the changes will be happening on an inner level at first. Rest assured, though, by the time he’s done with you in 2026, you may barely recognize yourself!

Uranus ends the year with a trine to Jupiter on December 15 (shortly after Jupiter enters Capricorn). By then, you should be feeling more optimistic about the changes unfolding in your life, and have a better idea of where they’re ultimately leading you. Rewards may appear at this time, if you’ve been a willing and conscious participant in the process.

And that’s the key to surviving—and thriving—with Uranus in your sign: working with the forces of change, not against them.

If you want to be proactive about change in 2019, your own belief systems and thoughts are a great place to start. The moon’s South Node in Capricorn makes it easy to fall back on old, limiting beliefs and punishing self-talk—so be on the lookout for negativity masquerading as “realism.”

We know you’re tougher than the rest, Taurus, but with the North Node in Cancer, you may want to try a little tenderness instead. After all, with Uranus putting you through so many ups and downs, you may be feeling a little extra fragile—so handle yourself with care!

Jupiter turns up the heat wherever he goes, Taurus… and that’s great news for your love life in 2019!

Love goddess Venus will rendezvous twice with Jupiter in his home sign of Sagittarius, and their conjunctions on January 22 and November 24 cast the whole year in a rosy, romantic glow. Whether you’re in love, or just in love with life, expect passions to be rekindled in a major way!

Venus and Jupiter open up a whole new world of romantic and sexual possibilities. But with Jupiter also squaring Neptune three times this year (January 13, June 16, and September 21) there’s likely to be some confusion between fantasy and reality. Jupiter’s retrograde period, from April 10-August 11, helps you rein in the excess and put things in perspective.

With four planets meeting up in Virgo in August and September, it should be easier to use good judgment. Don’t be too picky, though—you could miss out on a lot of fun! Of course, it really all depends on what you’re looking for right now. Whether it’s something casual, or something more serious, honor yourself by owning your desires.

Desire is fulfilled when the divine lovers, Venus and Mars, unite in Virgo on August 24. If you and your partner have been wanting to start a family, this could be the perfect opportunity. But even if it’s not a child in the literal sense, this aspect can assist you in manifesting whatever you want to create together!

With Uranus in your sign, Taurus, you’re radically reinventing yourself this year. And if you’ve been with someone for a long time, this can be both sexy and scary. Your partner might not totally understand what you’re going through, and feelings of jealousy or possessiveness could arise.

Communication is key—especially from October 3-December 9, when Mercury transits your opposite sign of Scorpio. Mercury’s retrograde during the first three weeks of November creates the potential for misunderstandings, though. So be patient, be deliberate, and most importantly, be honest—if you’re truly a “power couple,” the relationship will evolve along with you!

Big changes are in the works, Taurus. But while Uranus’ shock waves reverberate throughout your life this year, in the workplace, 2019 looks relatively drama-free.

That doesn’t have to equal boring, though! Around the Aquarius new moon on February 4, Mercury and the sun do some networking with Jupiter in Sagittarius and Mars-Uranus in Aries—and the resulting breakthroughs give your career a much-needed jumpstart.

Once Mars and Uranus take command of your sign (February 14 and March 6, respectively), your competitive spirit goes into maximum overdrive! But with Venus in Aquarius squaring Mars and an awkward Mars-Jupiter quincunx, pushing your own agenda is not the best way to get results—being a team player satisfies your need to succeed.

Work relationships aren’t something you take lightly, Taurus. Still, with two full moons in Libra this spring (March 20 and April 19), it may be time to dissolve some longstanding business ties and forge a few new ones—especially if the terms of the old ones are less than fair. From late April through June, four planets in Gemini activate the Jupiter-Neptune square. Explore all your options, but be careful not to spread yourself too thin or promise more than you can deliver.

From late April through early October, retrograde Saturn and Pluto in Capricorn challenge you to rewrite your personal mission statement. Once they go direct, you’ll be clearer on what really matters in your work—and more willing to negotiate on the other stuff.

Still, with Saturn and Pluto squaring off against four planets in Libra, it’s likely certain things will remain off the table. Be clear about what your “dealbreakers” are, and be prepared to give good reasons. The more tactful and diplomatic you are, Taurus, the more likely you’ll be to get your way.

Learn Even More About Taurus!

Moon is traveling through beautiful Libra today. Make it a date night. Smile, it looks good on you.