Meetings with Remarkable People: Murry Hope and her latest book 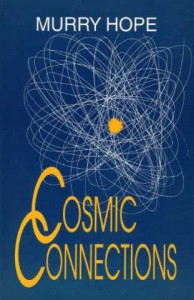 The beautiful and elegant lady above is the author of more than twenty magical books. She is a psychic, healer, occultist, astrologer, palmist and numerologist, and can translate high magick into modern physics and psychology. She is also a professional opera singer, and a pananimist by persuasion. All this in one lifetime what a woman!

Ms. Hope, who lives in a wee English village with her seven cats, admitted recently to being a Time Essence and an Observer in the lead up to the forthcoming Pole Shift. (See The Gaia Dialogues and Cosmic Connections.)

Murry says she has not had a string of former lives here, only one in Atlantis when she and her elemental family first encountered the body of Gaia. She has always understood the workings of magick. It is second nature to her. She recalls quite clearly, at the age of 3 months, getting outside of her body, looking down at it and wondering; How long will it be before the brain in this vehicle is of any positive use to me? And why did it have to be female? There is such a lot of prejudice against females in the cultures prevalent on this planet which will make my task doubly hard! has always been able to time-travel. She used to speed out of her body and away into other universes.

She was a child prodigy but had no educational outlet through which to express what she knew. She had mastered Tolstoy (and all the daily newspapers) by the time she was six, having learned to read at age four. If circumstances had allowed, Murry undoubtedly would have been a scientist with her intellectual leanings and abilities. It has only been with the recent strides in astrophysics that she has been able to find terms sufficient to impart the knowledge she had long before she came to earth. 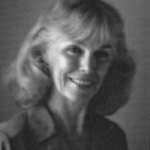 It is perhaps not surprising that Murry’s mother was frightened of her from birth and considered her a changeling. Sadly her mother could not cope and deserted Murry shortly after birth. She never knew her father. He died of throat cancer only a few days after Mural’s birth. With both parents gone, Murry was raised in the old ways by her nanny/nurse Rhoda Adams who, fortunately, was a darling. Murry states her youth was all very Jungian. Dear Nanny and her family tried to adopt me, but were refused on the grounds of her being a single woman on the one hand and too old on the other. She died in the bombing in early 1945, having sent me to stay with her niece and her husband in a safe country area.

At the age of 19, Murry joined the Women’s Royal Air Force and served two years, ending up as part of the ceremonial entourage of the Duchess of Gloucester (then patron and Senior Officer for the Crown for the WRAF). She left in 1951 and went to work for the Officer’s Association of the British Legion as a case worker, dealing with wartime trauma, rehabilitation, etc. (One of her disciplines is psychology, which she studied in depth during the five years she worked for the O.A.)

Having an above average singing voice, she decided to try her luck in the musical profession. She had studied voice lessons with a teacher from the Paris Conservatoire and the lessons were beginning to pay off. She landed a small part in a top West End production which ran in London for two years. After that she did a lot of theatrical work: two Repertory Companies, television, concerts, etc. It was while playing in The Crooked Mile, a musical drama at the Cambridge Theatre in London, that an audition was arranged for her at the Royal College of Music which resulted in her being offered an opera scholarship. Murry stayed at the College for three years, the best in her life, and went directly from College into the English National Opera. Ironically, the first opera she appeared in was The Magic Flute, and her first chance as a soloist a few months later was as Papagena in that same opera. All highly mystical!

On the esoteric side, this remarkable woman founded a group called the Atlanteans in 1957, which thrived to become one of the most respected healing groups in West London, specializing in mental cases, exorcism, and the like. Murry left in 1975 when the group became too structured for her liking. 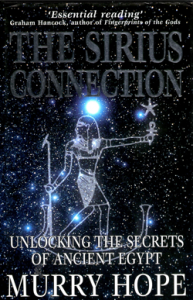 As for her love life, Murry has had four husbands. The first left after nine years for more materially comfortable circumstances. The second became ill shortly after she married him. Murry nursed him for several years until he was completely cured. He then left her after 13 years because she was unable to have children. (It wasn’t in her contract for this time.) Number three was a rebound situation that lasted only three months, neither of them being able to live in the other’s country. The fourth marriage lasted seven years. While highly productive from the writing point of view, Murry failed to provide her partner with the sort of funds he’d hoped she would attract. End of sad saga. As seems true in Murry’s case, women tend to attract weak men who want to be taken care of. The Lady deserves better!

It is, perhaps, these unfortunate episodes that reflect the sadness and frustration in the background of her latest book, The Gaia Dialogues. In it, Murry contacts the spirit of planet Earth, and illuminates Gaia’s plans for shifting Her poles. You may not like it, but you must read it. It is important we know that Gaia is a living entity; and as such She can feel sadness and pain, and will defend Herself when threatened. Gaia will not let us destroy Her. She will act. The coming changes will make your present lifetime one of the most important you have lived. Do not to mess this one up because it is a pivotal point in your evolution. It is time for a quantum leap. You make it or you stay behind!

As a Time Essence, Murry is here to observe and help with the shifting of the magnetic poles. Earth is to be on a new path with a new vibration depending upon our collective consciousness. In this transition, the planet will be in chaos. This destruction will appear negative but is not. And it is we who determine the extent of the chaos the planet must undergo to reach our new level. As I understand it, we are already in the shifting stage, which will last until about 2002.

Gaia, as a living entity, will not, indeed cannot, commit suicide for humans’ sake, and there are the other entities on the planet to consider. Murry feels the other entities deserve more consideration than we do. After all, they don’t destroy, deplete, and foul the environment. Our continued place as one of Mother Earth’s many children depends on our right actions and thoughts from now on. Because we have the great gift of free will, we can do ourselves in, and we cannot expect special treatment. Our survival is up to us. No one knows how it will turn out because we do have the power to turn events around instantly, toward positive or negative outcome. You do have impact, you do have power please, please use it wisely.

Each of Murry’s books is fascinating and informative reading. Unfortunately they are often difficult to find in the United States. If your local bookstore does not carry her books, ask for them. They are available through Thoth Publications in the U.K.