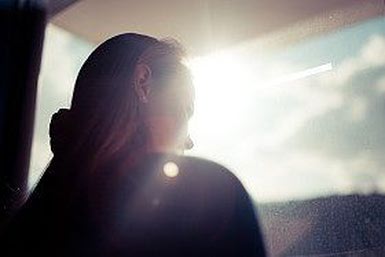 The third and final retrograde period for 2014 is from Oct 4th to 26th, 2014.  Mercury begins the retrograde at 2 degrees Scorpio, and dials back to 16 degrees Libra.

In the shadow phase, the first wave of experience involving those degrees happens in direct motion.  During that leading edge of the retrograde cloud — the shadow phase — be alert to what (or who) crosses your mindscape or your path.

The whole retrograde experience — from shadow to direct release — is an experiment in time bending and its effect on perception, as Mercury only symbolically reverses.  Some have trippy experiences, since it’s like an altered state.  And yet, it’s stellar for whole mind thinking — with the right brain having its say.

Let’s review the retrogrades for 2014.  The first go-round with Mercury retrograde was a backward slide from Pisces to Aquarius (Feb 6-28th)   The Summer version was from Cancer to Gemini (June 7th to July 1st).

All Mercury retrograde cycles in 2014 have been marked by an evanescent water to air backwards flow.  It’s been a mercurial year to peer at the emotional-psychic swirl within from different angles.

And as French writer Marcel Proust famously wrote, “The real voyage of discovery consists not in seeking new landscapes, but in having new eyes.”

Mercury begins in the sign of the psychic detective, Scorpio.  And yet, Mercury’s start point is 2 degrees, just beginning its descent into the deep end of the pool.

A feature then of this retrograde, could be catching sight of something unfathomable — the barely visible outline of an underlying truth or hidden reality.  But to really see it, the window has to be cleared of emotional-psychic splatter.

It could relate to Scorpio themes.  Some involve the urge to merge, like the joys and agony of deep intermingling psychically or sexually with another.

There’s a draw to part the heavy drapes of a room of the inner landscape, and let fresh air in.  At first, it’s a shock to the eyes, and we may instinctively shield ourselves from the glare.  And yet, it’s a retrograde to reconcile, to right a wrong, to re-set unjust contracts or update the story you tell about what happened.

It’s a time to sweep away the cobwebs and to detox from polluting influences and binds.  And that can include beliefs from past situations that have bred resentment, toxic negativity, an infectious psychic wound of some kind.

Read more about when Mercury is in Scorpio.

Mercury is mostly in Libra for the retro cycle, the air sign of relating, coming to terms with another and the instinct for fairness.  There could be real miracles of seeing, that lead to making peace with someone that’s had a deep hold in your psyche.

Mercury retrogrades can be a time of deep mystery.  This one could pull us into the intensely charged atmosphere of that soul wrangling — either one in progress, or one from the past (on the timeline).

When Mercury is retro-ing from water (emotions) to air (thoughts), the souls that we travel through time with, come up for reflection.  There could be some real fine, brilliant light shining on the most profound ties of our lives.  And some of these are the ones that got ugly or out of control.  This is a time to bravely look at the shadow, and come to new realizations.

Or there could be realizations that free you up from some kind of bondage.  It could be inspired by the perceptual window washing of Libra, and being able to flip a story — to see it from a whole different angle.  First the mind is freed from bondage, like an unjust arrangement, then the psyche is set free.

This retrograde presents an exciting possibility.  That there will be more awareness of different kinds of perceptual dark arts that are in full tilt boogie mode these days.

And looking at how the pulls on our energy affect our ability to stay clear-minded.  The sorcery of grabbing emotional-psychic energy comes in many forms, from the seemingly benign (like advertising) to malignant (the large scale fear campaigns).

It’s a time to experience lucidity, about what holds us in thrall, and how it affects the clarity of mind.