Numerology and People With a Lot of Number 1: What They Like 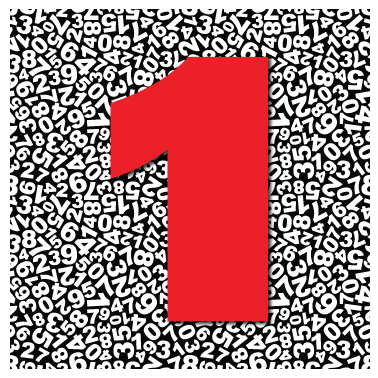 Since the late 1980s, we’ve developed our spiritual theories that stem from empirical study in conjunction with a very complex system of checks and balances involving handwriting analysis, intuition, and comprehensive astrology and numerology.

Personality, key life circumstances, and timing trends are symbolized by groups of factors–patterns–in the comprehensive charts.

Pertaining to comprehensive numerology, we sometimes encounter a subject who has a very significant over-abundance of a certain root number, such as the number 1.

Severe over-balance (or under-balance, the number being under represented) can be symbolic of heavy challenges, but usually the person also has immense talent related to the specific root number.

An aside, astrology and numerology represent, they don’t make things happen, nor do they influence anything. It’s pure symbolism, and changing your name or date of birth won’t change your life.

Below we list 7 things people with a lot (dozens of factors) of the number 1 in their charts take great delight in.

1. She loves how her friend takes initiative and strives to be number one in his career. The drive he exhibits is second to none and he always seems to prevail in his niche. She believes there’s nothing better than being number one, and thinking alike, their friendship is based on this philosophy.

2. The creative genius and inspiration he hears in his favorite artist is recognized by many other performing artist aficionados, but it does more for him than other people. It not only encourages him, it lights his life on fire. He believes there’s nothing better than a musician who breaks through the norm and takes his art to a new and exciting level, as if he’s accessing a higher dimension.

3. Independence is important to her; she refuses to allow anyone to “own” her, as she puts it. There’s nothing better than being able to do what she wants, when she wants, in her mind.

4. He was regressed to a past life and perceived himself as a very successful and celebrated mercenary warrior, defending various peoples. Recalling the constructive aggression he experienced on the battlefield in that lifetime allowed him to get in touch with that warrior spirit he’s always loved but didn’t fully express in his current life.

5. She appreciates brilliant writing, so much so, that she’s addicted to good books. They stimulate her like nothing else. She’s not really an escapist, she just really likes outstanding intellect expressed in writing and it makes her busy and rewarding life that much better.

6. The pleasure he gains from owning his own advertising business is eclipsed only by the joy he derives from initiating dynamic, startlingly original and successful advertising campaigns for his very happy clients.

7. While she’s painting and creating a new work of art, she feels as if time stops and she’s in a state of nirvana. The unyielding concentration, inner inspiration she conjures up, and determination are more than simple requirements to make her masterpieces. She possesses these attributes in abundance, they combine to form a feeling of immense fulfillment, and they contribute to the mosaic of dynamism that makes her very unique.

Although those with a lot of number 1 energy can be eccentric, too isolated, headstrong, and prone to addictions, these people often contribute a lot to the world and are deserving of the acclaim they’ve earned.

Scott Petullo and Stephen Petullo help people make the most of their spirituality. The free Direct Your Destiny e-book can help you get on the right path with time-tested, invaluable spiritual tips, methods, and insights. Includes 13 Spiritual and New Age Myths and 11 Questions to Ask Before Hiring a Psychic. http://www.holisticmakeover.com/