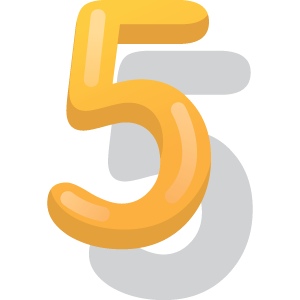 Symbols: Mercury, Hermes the Magician, the hand, the body, the Pentagram.

Universal meanings: the number of chance: considered by some to be most holy or propitious and by others as uncertain, discouraging and hazardous. The five senses (sight, hearing, smell, touch, taste). The Pentagram/Man — man has two arms, two legs and a head and so can be likened to a five-pointed star. The four cardinal points plus the centre. The five elements of Chinese philosophy. Quintessence (an alchemical term meaning the four elements plus that which encompasses them — a fifth quality of physical consciousness).

Nature/natural man — the sensualist. On a higher level the magician, the controller of Nature’s power, the adept. Five frequently occurs in nature and is linked with sexuality. This number is lacking in stability but it brings together the opposites — the first feminine number which is two and the first masculine number which is three. One is primarily considered to be the number of God and therefore not the first true masculine number. Five is also a masculine number. The midpoint in the cycle 1 to 9 — the pivotal point where past and future are both visible at the same time.

Personal meanings: Fives are adventurers who love to try anything which is new and exciting. They have many talents and are clever, original, resilient, creative people. They are secretly afraid of failure but are careful not to communicate their fears to others. Fives are industrious and both physically and mentally alert. At times they may appear critical but this is only a reflection of their own inner struggle for perfection and success. Fives are sensual, earthy people. They possess great elasticity of character and never remain down for long. They can bounce back quickly from even the heaviest blows of life. They are born gamblers and always ready to take chances if they can see an opportunity to make money quickly. Negative Fives are sarcastic and often hurt peoples’ feelings. They can also be conceited and spend much time admiring themselves. Some are promiscuous and lustful when seen from a negative viewpoint. Others may be restless, quick tempered or even mentally unstable.

The number five when connected with future events indicates many lucky breaks and the time to take a chance. It can also mean that a change of house or job is on the way. This is a period to communicate and promote your own ideas.

In personal life Fives are loving and show their affections. They are loyal and sympathetic. They are also generous with their time and money although they find it difficult to accept help from others in any form. They can be jealous and suspicious but only when given cause.