Pisces: Beyond to Something Timelessly Real 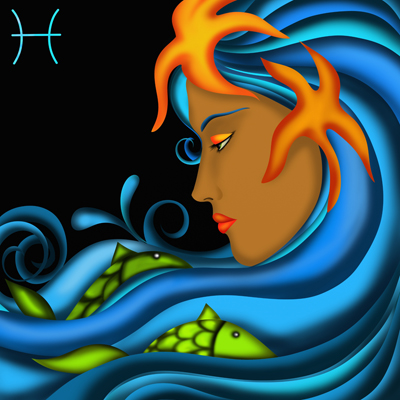 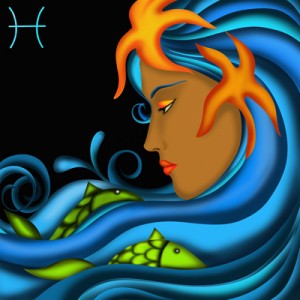 Pisces brings to mind the otherworldly and the gift of a vivid imagination.  And very often Pisces people are less enamored with the material world.

They’re motivated by something higher, and willing to make sacrifices to live in sync with that calling.  Pisces is Neptune-ruled, the planet that dissolves and elevates.

Neptune might ask us to surrender the loose garbs of the ego, and other temporal trappings.  But it’s the cosmic wonder that lures us closer to the timeless, the eternal, and what the soul experiences as real.

When Neptune currents are strong, we’re closer to experiencing life as a mystery.

When the Sun is in Pisces, it’s time to dream and translate the emotions as messages from the soul.  Sometimes Pisces pulls are seen as escaping from reality, into fantasy, and that can happen.

And yet, the imagination is valued above all else, by sages of the ages.  It is a path of individuality, since nobody sees into the world, exactly like you do.

Pisces time is like the dream sequence of the Solar Year.  It’s the last sign of the Zodiac, and a kind of return to the spring, to be renewed in the living waters of the soul.

Linking Back to Ancestral Intelligence

It’s urgent now, with all the tweaking of our stored memory (the DNA), to keep a spiritual lifeline to what occult researcher Michael Tsarion calls “the organic flow of intelligence.”
He begins by talking about how so much of our real history and knowledge is veiled from us.  And that even so, there’s a way through to something real within ourselves.

Tsarion says, “Yeah, it would be a perfect world, wouldn’t it, if no information was ever concealed from us and we could just go with the absolute, factual information.  Unfortunately, we can’t do that, so we have to fall in love with that other realm of intelligence, that ancestral reservoir, which children of course have, until it’s knocked out of them.”

He continues, “It’s linking back to that ancestral intelligence, whatever it is for you, whether it’s through dance, through yoga, through whatever.  It’s to get in touch again with that organic flow of intelligence.  And then you will be even beyond the realm, of what people see as fact and so on.  You will have your knowledge, your knowing, which is a totally different thing.”

Rewards are big in Pisces season, when you step away from the swirl of busyness, being plugged-in and that pressure to keep up a productive pace.

Nature offers up her secrets at this time.  Or more accurately, if we tune in to the Pisces frequency, we’re better able to receive what’s being offered.

The Art of Being

Sometimes in Pisces time, I’m more reflective than usual, and not motivated to begin new projects.  Pisces puts us in touch with energies bigger than we are, and there can seem to be something at work, we don’t necessarily understand.

That makes it a time to avoid trying to swim against the current.  Pisces is a mutable (changeable) sign, and going with the flow can feel like being pulled in many directions.

But it’s a good practice time for letting go, and going with what works in the moment.  That might look to the observer on the outside, like doing nothing, but you’ll know better.  That you’re on an adventure, within the infinite terrain within your own soul and psyche.

Michael Tsarion with David White (on You Tube)

Wings for the Spirit – Herbs to Increase Psychic Awareness