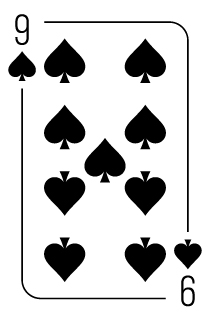 How to Read the 9 of Spades:

Traditionally the9 of Spades is a card of sadness, adversity, failure, suffering, grief, and malice.  This is a very unfavorable card.  It forebodes tragic events including accidents, serious injury, serious illness, self-injury, and harm to one’s self or another.

The 9♠ can indicate feeling pressured or forced to do something.  It can indicate a loss of control, or feeling “out of control.”   The 9♠ can denote a breakdown of established patterns.  It can represent a disappointment, or a broken heart.

The 9♠ also represents karmic debts, obligations, and duty to self and others.