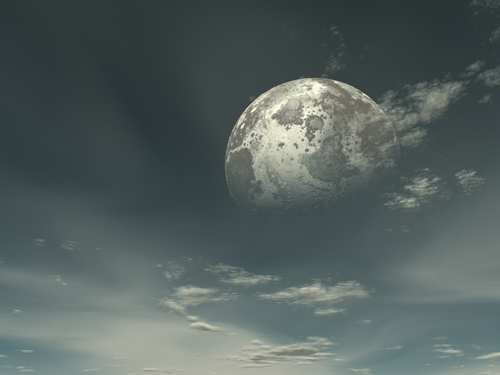 Hope you witnessed the supernatural cosmic phenomenon last night when the Moon seemed so close to the Earth that if you simply stretched out your hand, you perhaps could just touch and feel it. I have always been fascinated by the Moon. She looks so mysterious…as if she has so many untold hidden secrets accrued inside her. She (the Moon) appears to be waiting for that someone special whom she can tell all her secrets to, alas! I always wonder how the Earth would look from the moon’s surface. Of course from the pictures by Apollo 8 crew member Bill Anders on December 24, 1968, showing the Earth seemingly rising above the lunar surface (see picture), the Earth looks like a jumbo swimming pool. Wish I could experience this phenomenon from ground zero. Sadly, am not an astronaut.

The ‘super moon’ phenomenon is like this special ‘valentine day’ that the Moon celebrates to express her love for planet Earth. So much is her love that she quickly changes tracks to move in an elliptical orbit (rather than a circular one) to come closer to the Earth, all dressed-up to appear 14 per cent bigger and 30 per cent brighter. Isn’t this like truly magical?

Besides this celestial ‘super moon’ glory that we the people inhabiting the Earth can’t stop raving about looks synonymous to every being irrespective of piece of land you come from, the military and nuclear capability that your home country can exhibit, nationality, or the amount of money in your pocket.

Recalling what Kalpana Chawla, an Indian-American astronaut with NASA so beautifully said that from space, our Earth looks so small, so fragile. It is unbelievable that we people fight over petty things and piece of land. Kalpana may not be with us today, but in her partying message she told children all over the world to take good care of our fragile planet. Touché!

I have this deep ‘before-I-die’ dream in my wishlist to step foot on the Moon and enjoy a cup of coffee with this celestial body. The Mayans predict that the world will end this 21 Dec 2012. Therefore, I got to hurry up before the Mayans are proved right or else I may end up haunting the Moon after I die…I swear!

The phenomenon of the Earth seemingly rising above the lunar surface is only visible to someone in orbit around the Moon. Because of the Moon’s synchronous rotation about the Earth (i.e., the same side of the Moon is always facing the Earth), no Earthrise can be observed by a stationary observer on the surface of the Moon.

Someone asked me why I refer to the Moon as ‘she’, even asking me for evidence to justify it. Ok, tell me, have you ever seen the Moon grow a beard? The answer lies there. Go sky gazing…this is a once-in-a-year cosmic show!

Am a communication officer, an elected deputy employee representative, an R.J., a voice artist, an Anchor, and a Blogger. A wannabe broadcast journalist/ anchor. Expressive. Believes in my freedom of speech. Likes to listen to and share opinions on economic, social, political matters and international affairs. Completed Half Marathons (21kms) twice in Y2011 and Y2012.

And thanks for visiting my space. I am sure you will enjoy the content inside it! If you wish to write to me, send me an email at simplymearl@live.com. Take care and God Bless.