The Dangers of Astrology — Part Two 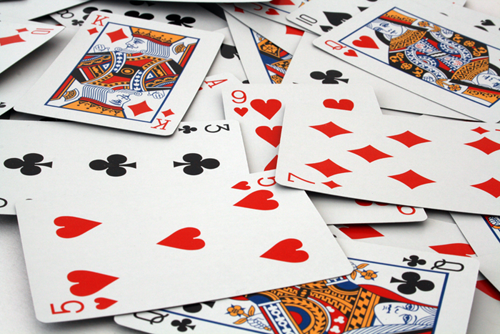 One astrologer emphasizes that “an astrological chart is not something to be feared.”1 But thousands of clients of astrologers will disagree. For many people, astrology produces a fear of the future. Although the goal of astrology is allegedly to give the client “power” over the future, in practice it doesn’t work this way. This is because astrology teaches people to acknowledge the impersonal whim of the power that stars and planets exert over them. The stars and planets are not persons; they cannot be reasoned with, nor can their influence easily be escaped. Compared to the power and influence of the planets, men are like insects. What can one person do in the face of the power of the universe?

Astrologers acknowledge that astrology can bring ruin to people by the fears it produces.2 Astrologers complain that other astrologers who predict personal disaster, illness, or death are being insensitive or callous. But they are powerless to do anything about it because the astrologers who make such predictions are, after all, only engaging in astrology.

Astrologer-psychiatrist Bernard Rosenblum points out that, “The bad reputation astrology must contend with is partly due to those astrologers who make definite predictions about people’s death, divorce, or illness, and other statements that suggest the client must suffer the rest of his life with a difficult psychological problem in order to correct a karmic imbalance. Such astrologers are exhibiting arrogance and insensitivity in the extreme.”3

Other astrologers respond by saying that, after all, these astrologers “see” such events in the chart, so is it not their “moral” duty to warn the client? How is this being “insensitive” to the client?

Jungian analyst and astrologer Alice O. Howell complains, “I am appalled sometimes at the damage that can be done by astrologers who have no understanding of psychology and who are free with ‘predictions’ and sow seeds of doubt and fear in their clients.”

Other astrologers respond with, “why be appalled at astrology?” The very purpose of the chart is to make predictions. If such predictions sow seeds of doubt and fear, that is not the fault of astrology, but the client’s own failure to trust the wisdom of the stars. Astrology is a divine art; we only give the client God’s will. And why should astrologers be expected to become Ph.D.’s in psychology? So what if some astrologers admit that it is too easy for astrology students to set themselves up as experts and “make devastating prognostications which can seriously undermine the hope and confidence” of the client?

It is an astrologer’s duty to read the chart, and again, a divine responsibility. If it is God who is “speaking” through the chart,

the astrologer must speak God’s truth regardless of the consequences.

As one astrologer stated, “I feel I do not have the right to block information…. That would be like saying, ‘Hey, God, you’re wrong! You shouldn’t be telling me this now.’”

If a severely afflicted Mercury or moon denote the client may or will experience insanity, who can blame the astrologer for expressing this to the client?

Perhaps lifelong psychotherapy will prevent it! And what if the birth chart with “Mars afflicted and Saturn and Neptune prominent [but] afflicted” denotes a child will have leukemia?

Clearly the stars have revealed it! If the parents are concerned and worried, at least they have been forewarned.

The person came disturbed, confused and sensing difficulties ahead; he leaves the astrologer’s office with a crystallized expectation of tragedy. “Saturn” is about to hurt him; his wife may die, or his kidney may need an operation. Saturn. What is there one can do about Saturn, or to Saturn? Nothing apparently. Fear has taken shape and name. The anticipation of disaster torments the mind…. It will not help the situation to say the “influence” of Saturn is of the nature of electromagnetic waves; or that it can be expressed in a statistical average. It may be much worse to know one’s husband has seventy-five percent chances of dying or becoming insane, than to know he will die or become insane. Uncertainty breeds devastating fear far more than the confrontation with the inevitable. And let us not say “forewarned, forearmed!” It does not apply where Mars, Saturn, squares, oppositions are present as objective, evil entities which are actually and concretely doing something to men. It does not apply where there is fear.

To predict crippling illness, disease, and insanity is bad enough, but when astrologers see death in a chart and predict it, as they often do,

one wonders how they can justify the possible consequences in people’s lives. The questions of “When will I die?” or “When will my spouse die?” seem to be among the most common questions asked of astrologers.

this is no safeguard against their using our greatest fears against us for their personal profit “As often as not these star-mongers will resort to the criminal expedient of frightening [a] credulous client by threatening him or her or [the] next relatives with death or serious disease in a certain year of life, suggesting at the same time that a more thoroughgoing and, of course, more expensive analysis of the position of the planets, etc., on that day and at the particular hour and minutes might enable them to rectify or ‘correct’ his terrifying prophecy.”

Nor should we think that predictions of death can never be self-fulfilling. There are cases of people apparently “willing” themselves to death. These people lose virtually all interest in life and expect to die, and some do. Whether they believe in black magic (a “death hex”), or that the stars have fated it, they do die.

In their defense, many astrologers claim that it is no longer “proper” for astrologers to predict death.

But the damage that has already been done over the years and continues to be done cannot be so easily discarded.

When clients accept an astrologer’s invitation to have their chart read, there are at least three things working against them:

1) numerous astrological factors can result in harmful or “malefic” combinations. The odds are that sooner or later the chart itself will inform clients of something they don’t want to hear;

2) the odds are that the astrologer has a spirit guide directing chart interpretation, and spirit guides are not known for their love of humanity;

5) the problem of self-fulfilling prophecies. Prominent astrologer Dane Rudhyar observes the problems associated with specific predictions, or “definite forecasts,” based on progressions and transits:

…the individual has no recourse against the impact of such revelations. He is almost totally unprotected against their possible negative effect. Even if he reasons himself out of being consciously affected by the forecast, his subconscious memory does not let go. This is worse obviously if the event or trend prophesied is unfortunate and if fear of its results is aroused—which is the case in nine cases out of ten!— but it can even have psychologically disintegrating effects when the thing expected is very fortunate for it may lead to a self-satisfied expectancy blurring the edges of the individual’s efforts.

Rudhyar reveals, “I have received many letters from people telling me how fearful or psychologically confused they have become after consulting even a well-known astrologer and being given a biased character analysis and/or predictions of illness, catastrophe, or even death.”

Just a single astrological prediction can have tragic results because of the power and authority the clients grant to the astrologer. The magazine Astrology Now interviewed a woman named Lore Wallace who went to a famous astrologer at age 17 only to encounter predictions of a difficult birth and the death of a child. Although this never occurred, she said that the predictions “damaged me probably for the rest of my life.”

As a final example of the dangers of astrology, consider the two following true incidents from astrological marriage counseling.

A young man consults an astrologer who informs him that he will marry young, but that his first wife will not be the one “destined” for him. Only his second wife will bring him “true happiness.” The man deliberately marries young in order to get his first wife, that is to fulfill the prophecy, so that he will not miss finding his second wife who alone will make him happy. His first wife is very good and devoted and bears him three children. After the third child is born, the husband abandons his wife and family and obtains a divorce. He marries a second wife whom he believes is the one the stars have destined to make him truly happy. Yet within a few months, she joins a cult and makes his life utterly miserable. Soon he divorces her as well.

Here is just a single prediction and subsequent tragedy. If we multiply this by the millions of astrological predictions given each year, it gives us a look at the true potential of astrology. Far too many tragedies are “arranged” by astrological predictions. Clients become amazed by accurate self-disclosures; these self-disclosures generate trust; trust leads to deception; deception produces unwise or immoral decisions and actions; bad actions bring ruin or destruction.

A second illustration reveals not only how easily astrology becomes a vehicle for tragedy but also the spiritual deception hidden beneath the surface. A certain woman was engaged to be married and felt that the advice of an astrologer might be useful. After drawing the horoscope, the astrologer predicted the following: “Your engagement will break up. This man will not marry you. You will not marry at all, but remain single.” The woman was devastated. She was so in love with her fiancé that she could not bear the thought of losing him. She became depressed and paralyzed with fear. She continually worried that the engagement would break up and that she would never marry. She finally resolved to put an end to her life, but on the day she intended to kill herself, a friend of her fiancé was able to stop her. Upon the advice of that friend, she went for pastoral counseling, revealed her plight, repented of her sins and gave her life to Jesus Christ Soon after that day, her fiancé also gave his life to Christ Today they are contentedly married and have several children. But had it not been for Christ, the disaster which was set afoot by the astrologer could have happened.