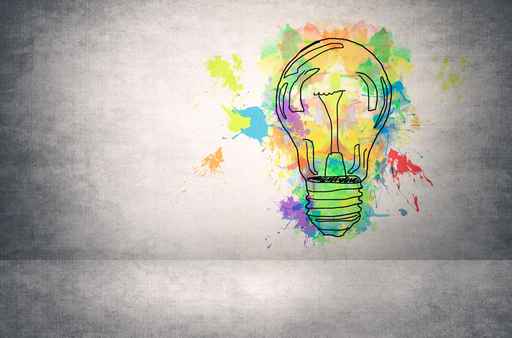 A Grand Trine is an aspect shape that’s known to foster confidence, creativity, flow and harmony.  You have three planets in a triangle, with each 120 degrees apart.

Look at your chart — is there a big triangle across it?  What signs are they in?

The planets in the triangle are all trine to each other, and most of the time, in the same element.  In fictional Harry Potter’s chart, there’s a triangle across the chart involving Jupiter, Neptune and the Midheaven (all in fire signs).

Astrologer Susan Miller calls this formation a golden triangle.  All these planets involved are trine to each other.  A trine is a beneficial, lucky aspect as opposed to the so-called hard aspects of the square and opposition.

A Grand Trine magnifies the matrix of mutual support in the triangle.  It’s like a frame for good things, and a basis for making things happen.

Bil Tierney writes in Dynamics of Aspect Analysis, “The Grand Trine can potentially indicate confidence and self-assurance, optimistic expectation, a sense of pleasure, easy-flowingness, inspiration, expansion of creative power, and a general sense of protection due to inner faith and hope.”

It’s often said that Grand Trines are taken for granted, and make us passive.  In a study of charts, Bill Tierney found that most successful people have challenging squares and oppositions.

The trine, he suggests, may give some people a charmed life, but the lucky person might not develop self-discipline.  That the hard-won successes come from pushing against obstacles.

That friction of stress points in the chart is what keeps us from just going with the flow, and expecting good things to come along.

Without it, there could be coasting on fumes, and even a tendency to be decadent, escapist and entitled.

Astrologer Dane Rudyhar writes that the Grand Trine is so harmonious, there’s “little incentive for outside manifestation and creation.”

in The Astrology of Personality, he concludes, “The Grand Trine is thus, especially when a very exact formation, a symbol of, at least relative spiritual inertia.  If, however, one of the planets (or groups of planets) entering into this configuration forms a square aspect to another planet, then this square acts as a “channel of release” for the energies locked in the Grand Trine.”

Bottom line – we need that kick in the pants sometimes!  The luck here reminds me of Jupiter transits, which can be times of feeling good and harmonious.  But without that provocation to grow, it might not go beyond that.

A major factor here is which planets are in this power trio.  The symbolic archetype of the planets in the triangle, can be said to join forces.

Keep in mind that if your Grand Trine connects to a point like the Midheaven (in Harry Potter example), the birth time will have to be known and exact.

The Grand Trine will be in one of the elements (fire, earth, air or water).  This makes a person extra watery, fiery, earthy or airy.  That matrix of that element becomes one circuit, with the particular planets shaping how that plays out.

Grand Trines sometimes have planets in other elements.  The degrees link in a planet in a close-by sign, and that’ll call for a specific interpretation.

Big thinkers with big plans; intellectually curious; detached and “above it all;” socially engaged.