Lorgen’s educational background is in biochemistry with a master’s degree in counseling psychology. Her technique when working with abductees incorporates non-hypnotic methods of memory recall combined with crisis counseling and treating the symptoms and behaviors that are indicative of posttraumatic stress disorder (PTSD).

Lorgen credits the research of Budd Hopkins and the late Dr. Karla Turner for bringing out the more unpleasant – but perhaps more accurate – activities the aliens have been carrying out on a subset of the human population for at least the past 60 years. Even within the abduction research community, the core subject matter of alien abductions has been, as Lorgen couches it, “sugar coated for far too long.” The interference in human relationships is a subject that every serious researcher of abductions must consider if they are ever to come to understand the truth about the aliens’ motives.

Even experiencers who are having positive encounters and see themselves in a positive relationship with these Beings, must face the fact that the aliens are in control. They take them from their earthly environment into theirs – they don’t go there on their own spacecraft or through their own private portal. They don’t go at the time of their own choosing, and they don’t get to do the activities they want to do. Both “experiencers” and “abductees” do what the aliens want them to do even if the aliens have to create a new reality via telepathic mental probing and screen images in order for both groups to comply. 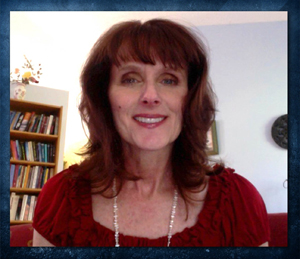 And then, there are the “Love Bite” victims. Of course, anyone who has ever had a relationship with another human being has had to deal with ups and downs – good times and bad times – and Eve is very much aware of her critics who tout, “everyone has relationship problems or love affairs gone sour…now you’re blaming everything on the aliens…” Eve counters this criticism by spelling out exactly the type of alien interference she has discovered in her research. She states,

“It now appears that the bonding interference elements in abductee relationships… represent a separate modality….the aliens seem to have singled out a subset of abductees – a small, but susceptible group – who seem to fit a profile.” For many people, the real “bite” comes later in life after the abductee “is bonded to another partner for the express purpose of creating a strong romantic attraction…but these relationships are either short lived or impossible to consummate, leaving one partner feeling painfully unrequited.”

The Love Bite encompasses the romantic relationships involving some 20 individuals. Eve cites in detail three famous cases that include this specific type of interference. One is the case of Ted Rice, whom Karla Turner researched and published about in her last book, Masquerade of Angels.

The second is the case involving Linda Cortile, which was published in Witnessed: The True Story of the Brooklyn Bridge UFO Abductions. As with Cortile, another case that also has an FBI connection is the case of Mia Adams, a woman who published her involvement in the abduction phenomenon in a book titled The Excyles. I commend Eve for including these three cases in her book and for outlining them so well. Her synopses of these three important cases are the most detailed I’ve come across anywhere in the literature, and if these were the only three cases she cited in her book, she would still have a strong argument for the phenomenon she has coined as the

Eve actually cites thirteen separate cases involving 20 or more individuals, detailing how the initial bonding process occurs to the child abductee while on board a craft and continues through re-abductions and reinforcement later in life. When the couple see or meet each other in their normal reality, one or both individuals almost always experience deep and very intense feelings, which can become obsessive and at times controlling. The aliens are extremely interested in these types of emotions and in some cases, abductees report being watched during sexual intercourse and can actually sense and sometimes even see the aliens studying them and “drawing off” the energy and emotions the couple is experiencing.

Eve views the real agenda behind the alien presence as a type of “genome farming” in the sense that the aliens are tracing and mapping human blood lines and researching the human genome.

The purpose of this is still unknown to us even today, but supposition by abductees and researchers range from the aliens needing something from us for their survival, to the aliens creating a hybrid human species that will survive after an extinction-level event. This may be part of a process designed to preserve the human genome for the future, or they might just be abducting humans for their own, purely self serving interests.

The cases Eve cites demonstrate alien orchestrated relationships, divorce, obsessions, the use of people referred to as sleepers or minders, unusual illnesses, lifetime difficulties with keeping relationships, infidelity caused by alien manipulation, spiritual warfare and even implied murder or at least the aliens’ awareness that death is approaching an abductee, yet nothing is done to attempt to save them. This was the case with Ted Rice’s grandmother and the late Karla Turner. Whether the aliens were unable or unwilling to help them remains a mystery, but it is hypothesized to be a form of alien reprisal.

The last third of The Love Bite contains Lorgen’s analysis. I found this portion of the book quite illuminating. Some of the topics Eve has discovered that are directly related to what these particular abductees endured include discussions on stress and dysfunction and the aliens as “psychic vampires” who are engaging in a type of spiritual warfare.

Another section in Eve’s analysis that I found revealing is her discussion of “Star Seeds,” which she explains in the following paragraph:

“Based on the reports of several contactees, I believe the aliens could be conditioning the public to a naïve mind set – a mental state designed to suspend critical thinking. This is especially apparent in abductees and UFO spiritualists who think of themselves as chosen ‘Star Seeds.’ In this context, I am referring to the ‘false light’ Star Seeds, as opposed to the true light bearers…True light bearers are not afraid of exposing the dark and have spiritual discernment. The false light bearers display incongruence in their actions and beliefs and naively focus on the positivist elements of extraterrestrials, while in denial of any negative alien abduction material, or their own. Or, they blame all negative abduction reports on the ‘military and black projects.’ ”

It may be difficult for some people to contemplate that the aliens could be doing things like manipulating people’s emotions and relationships. For some, it is difficult to embrace this concept because it gives the aliens more power than we would like to think they really have. Control over us in a physical sense is one thing, but control over us in an emotional and perhaps even in a spiritual sense is something very different. After reading The Love Bite, you will come to view Eve Lorgen as one of the light bearers who is teaching others to see through the veil of alien manipulation.

Don’t be afraid to pull back the curtain and see the aliens’ land of Oz for what it is. It set Dorothy free, and it might help you too.