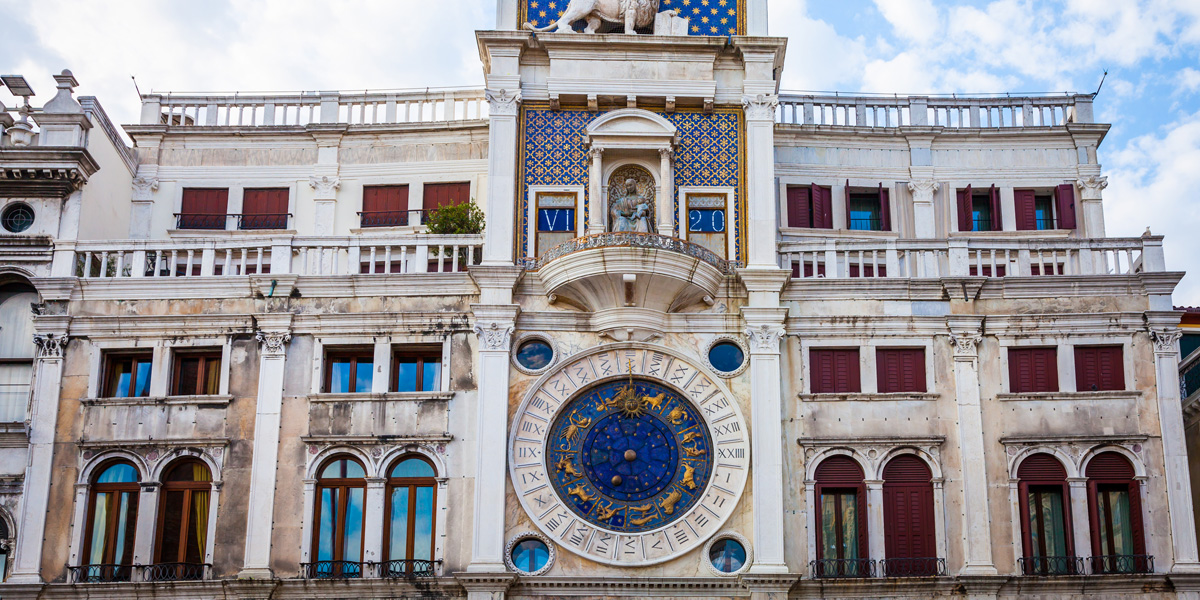 12 Houses of the Zodiac

Astrological houses describe a specific field of experience in the native’s real life. They indicate how the person functions, whether in his interactions with other people, his work, or his love affairs, etc. As with the 12 zodiacal signs, there are 12 astrological houses, and each house is in analogy with one of the signs. However, contrarily to signs, which spread invariably over 30 degrees of the zodiacal circle, house sizes may greatly vary from one house to the other. House calculations are based on the exact birth time.

The cutting of the chart into 12 houses, referred to as “House system”, varies from one astrologer to another. There are several methods: Placidus – the most ancient one, dating back to the 17th century – equal houses (with variants), Koch, Regiomontanus, Campanus, Alcabitius, Topocentric, Morinus, etc.

It is important to note that most astrologers consider that whenever a planet is near a house cusp, it belongs to the said house. The threshold from a given house to the next depends on the authors’ approach. It may vary from 1° to 6°, sometimes 8° or 10°. Some astrologers, quite the minority, prefer not to follow this rule. On Astrotheme, by default, we have chosen the Placidus system, and we take a classical stand, as far as the threshold is concerned. Thus, a planet found at less than 3° of the following house is considered to be in that house. We apply 4° in the case of the AS and the MC. On certain applications or on the Astrological Portrait, we offer the possibility to change these options and to select the equal houses or the Koch system. You may also decide to cancel the shift into the following house. Please note that such shift never involves the sign: a planet posited at 29°29’29” Taurus is in this sign, and by no means in Gemini. When it comes to signs, total change is the rule, contrary to houses.

As we wrote earlier, houses represent a specific area of life. We provide their meaning here:

The 1st House (ruled by Aries): 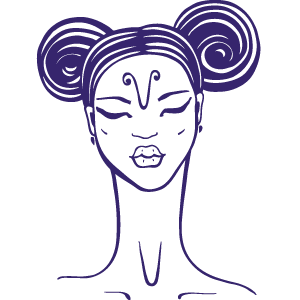 Referred to as the Ascendant: the Self, demeanor, and vitality.

It describes the personality, the natural demeanor of the native as he faces the outside world, and also his physical appearance. It is an essential component for the interpretation of the natal chart, and it is one of the four angles of the natal chart (the four most important houses, which are dealt with below). It is located on the left hand side of the natal chart and corresponds to the place where the sun rises.

The 2nd House (ruled by Taurus): 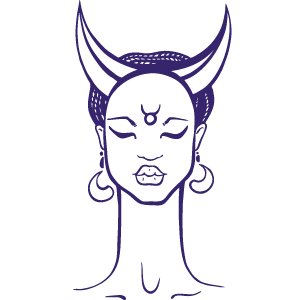 It describes material goods, how they are managed, and how money is earned. In brief, it includes all financial matters but also represents greed and all sorts of possessions.

The 3rd House (ruled by Gemini) 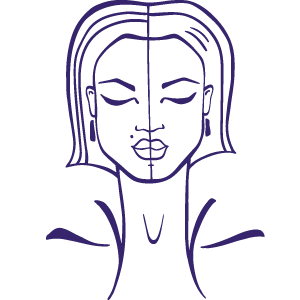 The 4th House (ruled by Cancer) 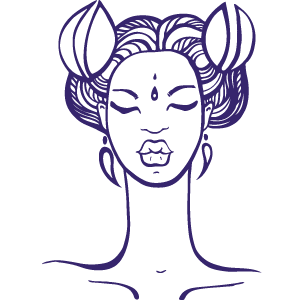 It represents the native’s family, ancestors, roots, and home, both the home he comes from and the one he will set up. This house also describes the real estate patrimony, childhood, and emotions. It is located at the bottom of the chart, and like the Ascendant, it is an angular house.

The 5th House (ruled by Leo) 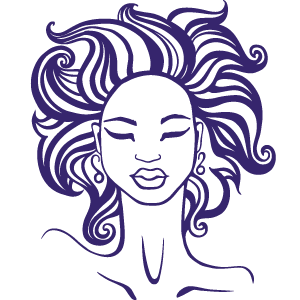 It describes the person’s creative and recreational activities, his hobbies, as well as his love affairs, his luck in gambling, his relationships with children in general, including his own. This house covers all pleasant things in the native’s life.

The 6th House (ruled by Virgo) 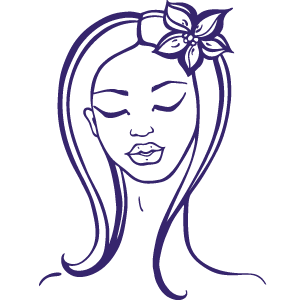 The 7th House (ruled by Libra) 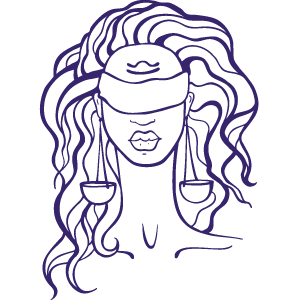 The 8th House (ruled by Scorpio) 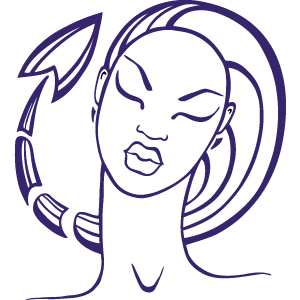 It concerns the native’s birth and death. However, it does not necessarily mean actual physical death. It may be a symbolic death, and thus, it is synonymous with evolution and transformation. This house also represents inheritances, money earned by other people, but also sexuality, power, all things hidden, and interest in occultism.

The 9th House (ruled by Sagittarius) 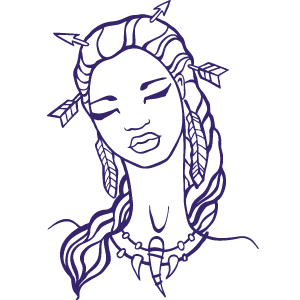 It is the realm of spirituality and philosophy, higher ideals, faraway travels, both physical and inner ones. Contrarily to the 3rd house, this house represents higher education and universities, as well as the understanding of abstract topics. It is also related to law and legality, and religion.

The 10th House (ruled by Capricorn) 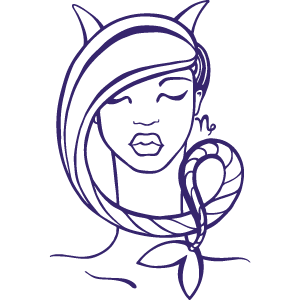 It is opposite the 4th house and corresponds to the native’s professional career, as well as his social elevation as compared to his family background. It symbolizes his ambitions and his achievements in the society. It is also related to the general public, potential fame, and the mother’s influence. The 10th house is in the Southern part of the natal chart and located at its top.

The 11th House (ruled by Aquarius) 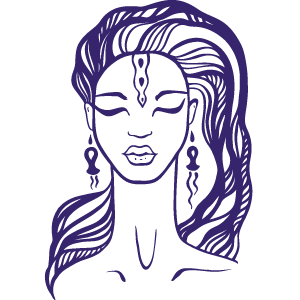 It represents the native’s projects, his friends, and his protectors. It describes the nature of his friends, his group activities, and the place he occupies within the group, contrarily to the more individualistic 5th house. This 11th house is related to all kinds of humanitarian topics.

The 12th House (ruled by Pisces) 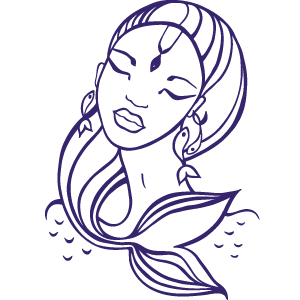 It corresponds to the native’s inner self, ordeals underwent his whole life through, hidden enemies, and serious illnesses. It is related to places of confinement such as hospitals, prisons, convents, etc., and also includes solitude and major inner crises.

Houses are referred to as being angular, succedent or cadent.

Succedent houses are located immediately after the angular houses: they are the 2nd, 5th, 8th, and 11th houses. They are less important than the angular houses and bring about less dynamism. However, they are a factor of stability.

Cadent houses are the four following houses, i.e. the 3rd, 6th, 9th, and 12th houses. Although they are even less important than the succedent houses, they endow people having many planets in cadent houses with mobility and vivacity.

Thus, we can say that there is an analogy between the principles of quadruplicities (Cardinal, Fixed, and Mutable mode), and sign and house accentuations.

The Zodiac is divided into four quadrants of the same size.

The first quadrant comprises the 1st, 2nd, and 3rd houses. They symbolize levels of consciousness of egotistical nature: persons with many planets in these sectors tend to pay utmost attention to their own interests and do not spontaneously care for others, but they are particularly dynamic or charismatic.

The second quadrant comprises the 4th, 5th, and 6th houses. Sociability, creativity and daily work are highlighted. These qualities may be detrimental to the native’s independence.

The third quadrant comprises the 7th, 8th, and 9th houses, which are of sheer interpersonal nature. Persons with many planets in these sectors are thirsting for company, and they need to charm and to progress through other people.

The fourth quadrant comprises the 10th, 11th, and 12th houses, the sector of spiritual and humanitarian actions. Persons with many planets in these sectors are likely to be detached from individualistic considerations and are not interested in the practical side of things.

The Northern hemisphere comprises the 1st, 2nd, 3rd, 4th, 5th, and 6th houses. It is the lower half of the natal chart and indicates a personal, egotistical, subjective, and internalised typology.

The Southern hemisphere comprises the 7th, 8th, 9th, 10th, 11th, and 12th houses. It is the upper half of the natal chart and indicates an active, objective, externalized, and group-oriented typology.

The Eastern hemisphere comprises the 10th, 11th, 12th, 1st, 2nd, and 3rd houses. It is the left half of the natal chart, near the Ascendant. It indicates a typology marked by independence and personal action.

The Western hemisphere comprises the 4th, 5th, 6th, 7th, 8th, and 9th houses. It is the right half of the natal chart, near the Descendant. It indicates the importance of communication, dependency on other people, as well as actions taken in relation with, and according to others.