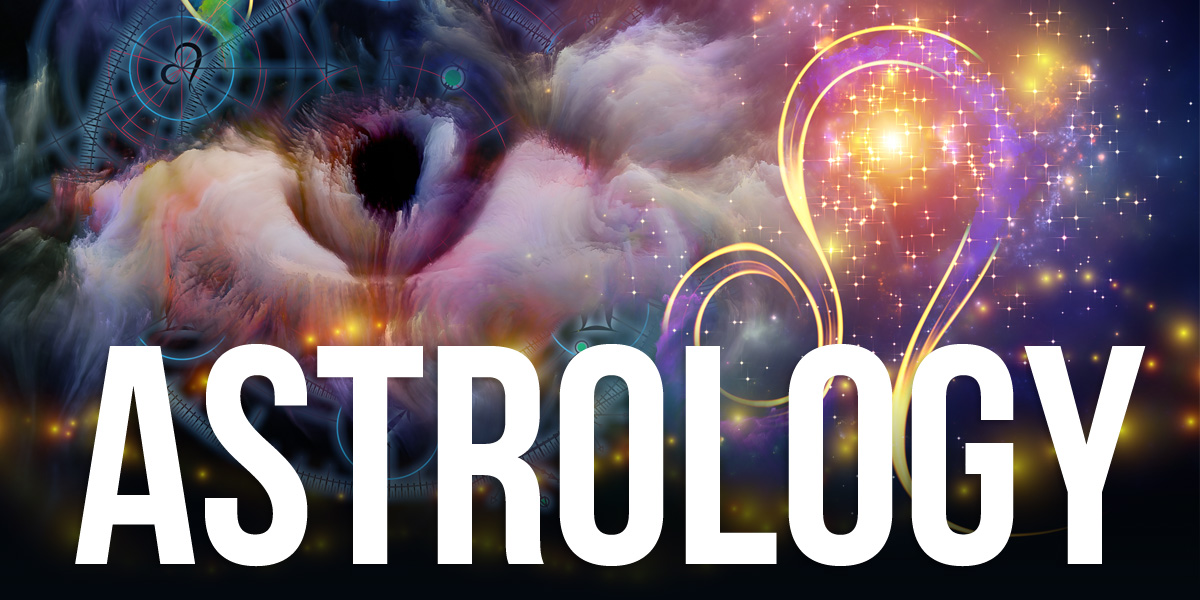 from The Whole Astrology Workbook By Paul Joseph Rovelli

Astrology does not belong in the newspaper! It is not a game to be played for amusement and it does not operate form the idea that our destinies are fixed and predetermined by the orbiting bodies in the celestial heavens. Well…that being said, what is Astrology then? Probably the easiest way to answer this is to state simply that Astrology is a tool that provides a method by which we can add meaning and insight into the seemingly meaningless nature of our birth and destiny.

Moreover, it is a way to understand ourselves through the cycles coursing through our lives. The various cycles are both large and small and are measured symbolically by the orbits of the celestial orbs that comprise our solar system. Compared to the Holy Tarot as a method of divination, Astrology can be considered a lunar method as these cycles are central to what an Astrologer observes. The Tarot is more solar in nature as it goes directly to the heart of a specific question.

In his book, Magick in Theory and Practice, Aleister Crowley compares the two methods as follows:

“Astrology is theoretically a perfect method, since the symbols employed actually exist in the macrocosm, and thus possess a natural correspondence with macrocosmic affairs. But in practice the calculations involved are overwhelmingly complicated. A horoscope is never complete. It needs to be supplemented by innumerable other horoscopes”.

This was more accurate a statement during his time. But with the adventure of computer technology and the speed of calculating an horary chart, such conditions have changed. Still, it is best to combine an horary chart with natal, progressed and transiting charts to assure accuracy to a single question in the way a Tarot spread can be laid out with greater ease.

However, the Tarot also has its limitations. As Crowley states:

“…the Tarot is infallible in material questions. The successive operations describe the course of events with astonishing wealth of detail, and the judgments are reliable in all respects…[yet] the symbols do not lend themselves readily to the solution of spiritual questions”.

So the two arts become a natural complement for each other. Which leads one to ask: Is Astrology an Art or a Science. The correct answer should be that it is both. There are those Astrologers who do nothing but collect data to be analyzed, compared and contrasted to theoretical expectations. And there are others whom use it only as a tool to trigger their psychic abilities. While following the rules of thetheoretical and scientific approach is an important part of mastering Astrology, the empathic, psychic response is of course, of equal value.

Astronomers have an altogether different approach to viewing the skies. While we as Astrologers deal with the mythological configuration and location of the stars, Astronomers are concerned with their actual location. Due to something called the ̳Procession of the Equinox‘, the Sun no longer is actually in Aries at the start of spring as when Astrology first originated. It can now be said that this is its‘ symbolic position in a age-old tradition that is now referred to as Tropical Astrology. There is another slightly controversial form that bases itself on the correct accounting of the equinoctial procession called Sidereal Astrology that actually correlates the positions of the celestial bodies as they are determined by modern astronomical data.

Further, the true study of Astrology couldn‘t be further away from the mindless entertainment found in newspaper Horoscopes. These twelve divisions of the billions of people on this planet couldn‘t be more ridiculous in a parallel universe! It is unfortunate that some Astrologers have taken the easy money at the cost of denigrating the discipline. But we do live by money in this life. And I can‘t say that I altogether cast blame their way; especially in light of how modern media has castigated all occult disciplines.

On a more empirical level, it would be more interesting to examine a theory I how Astrology works. Is there some magnetic or gravitational influence that the planets have upon us and that then shapes our psyche? Once can‘t be absolutely certain in this regard, as our physicists have not explored this possibility. Or perhaps the positions of these planets in the sky synchronistically appear at certain angles in correspondence to events here on earth…and this has been accurately correlated over the thousands of years that we have been observing phenomena.

Astrology is about the cycles coursing through our lives. The world moves in cycles; from Spring to Summer and then to Autumn and Winter and back to Spring again. The diurnal motion of the sun from day to night and back to day again also moves in this way. And as we shall see, there are events in our lives that also fit into cyclic patterns. This is only natural. If the moon can so easily affect our moods, why should we not try to look into this further?

And so Astrology leans towards becoming an observational science (much like Astronomy) that employs a certain psychic art in the interpretation of events here on earth and their relationship to events in the heavens. The only real leap of faith here is to want to invest the time to see if there‘s anything to this. After that, collect the data from your own personal experiences, as the first chart you will learn about will be your own. Then you can apply what you know and what you suspect you may know towards the charts of others as you build your experiential database.