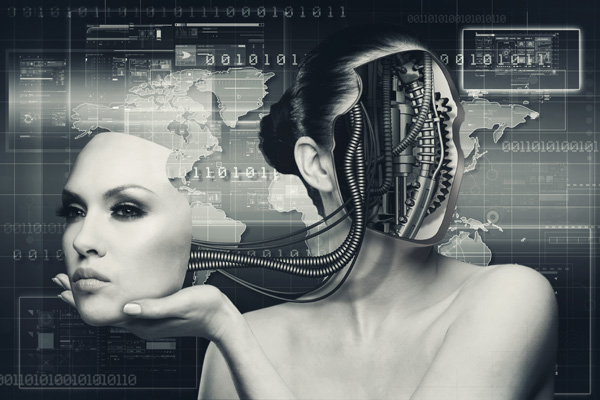 A Technocracy or Earth Renaissance

A Natural or Unnatural Revolution?

The stakes of the times are high, and the conflicts that mirror the Uranus-Pluto square are to do with shaping the very future of humanity.  There’s been an anticipation of revolution, but of what kind?

The so-called transhumanists see themselves as pioneering a revolution, with their desire to transcend biological life and nature’s laws.  Uranus (technology) at the starting over point in Aries, for them heralds a Singularity — when artificial intelligence “exceeds human intelligence and control.”

It’s likened to a runaway train, with unpredictable outcomes, and haven’t we been warned recently of the possibility of A.I. taking over.  And isn’t there now an atmosphere (in part manufactured) of chaos and disruption of all that’s natural — as if it can’t be stopped?

Capricorn is synonymous with civilization, particularly how we organize ourselves in relation to the Earth.  There’s a promise-seed within the transit of Pluto Capricorn, to crack out of imposed systems that are not natural, and not in sync with Earth.

In his inspiring article called The Coming Revolution, Jon Rappaport says, “People, left alone, aren’t androids or robots, but in case you hadn’t noticed, people are not being left alone. They are being shaped and tailored to conform to operating schemes and blueprints.”

He writes of a wave  of revolution building that’s an escape from that soul-diminishing system.  And the spirit of Aries is driving it, in that it’s driven “for individuals, by individuals.”

“Super-organization of life will fracture, and that fracture will come about through the resurrection of spontaneous thought, invention, and action. Because the one quality that has been buried in thousands of systems is spontaneity.”

This Rappaport writes is when the natural will triumph over the synthetic.  And that, “This process is already underway, because Life wants to live. It doesn’t want to become a machine. It accepts being a machine for only so long, and then it revolts.”

Though the conflict is clear, with a square aspect, we see the intense convergence of Uranus and Pluto, with a new form created.  And there are positive manifestations of that, when technology works within the laws of nature, and respects the intelligence already there.

But in this article, with the threat to biological life, the focus is on the destructive angle, also a Pluto theme.

The Power to Re-engineer Life

A plutocracy, Wikipedia tells us, “defines a society or a system ruled and dominated by the small minority of the wealthiest citizens.”  When Pluto’s forces of metastasizing its influence, meets Capricorn, the sign of top people, the upper crust, we find the ruling elite in the investigative spotlight.

And indeed, that’s been a big theme the last few years, along with research into psychopathy.

When a farmer and member of the English upper class Julian Rose writes about The Re-engineering of Life — And How to Prevent It, he speaks the language of Pluto Capricorn.

“A critical factor in the maintenance of the dark empires that symbolise the obsessive unipolar power of these lines, is the desire to keep all powers and possessions tightly tethered within a small number of bloodline connected family units.”

Some of the tampering with the fundamental building blocks of life — geoengineering the climate, food and humanity itself — are, Julian Rose writes, tools for creating a species that is “one hundred percent subject to the will of its owner-controllers.”

“To prevent the re-engineering and retarding of life we must collapse that which supports its insanity. We will suffer forever under the stigma of a deep hypocrisy if we fail to take steps that can save this planet and all that moves on it – from a fate one hundred times worse than death.”

Earth as a Weapon

I’ve been aware of the geoengineering phenomenon since about 2008, but didn’t get the big picture until recently reading Elana Freeland’s Chemtrails, HAARP, and the Full Spectrum Dominance of Planet Earth.

The technology, which Freeland makes (relatively) easy to understand, makes the Earth’s atmosphere into the medium, with what she calls a “pump and dump.”  The latter — the dumping via chemtrails —  is what we see everyday in NATO countries, the lines laid that turn into unnatural linear clouds.  And I’m old enough to remember what natural skies look like.

To me, the most monstrous — and literal — reflection of the Uranus square to Pluto is the technology of using planet Earth itself as a weapon of war.  In his last address to the country in January of 1961, President Eisenhower warned of the “disastrous rise of misplaced power” with the rise of the military-industrial complex.

Freeland’s book demystifies the program, but at the same time reveals agendas that are darker than the control of weather.  It’s a phenomenon only possible because there are no restraints on power, and an unholy alliance of “old money,” corporate and war-minded interests.

And that speaks to the Pluto Capricorn square to Uranus Aries conundrum — the destructive force of technology that has gone off ethical moorings.  And the ethics and integrity are the higher expression of Capricorn, along with a kind of natural aristocracy, one that emerges from merit and genuine investment in the well-being and future of the people of which it is a part.

Instead we have what Julian Rose calls a “two-worlds phenomenon.”  And he writes, “It is here where the divisive and sinister get to work.”

He continues, “Not only is inter-family marriage put in place to safeguard the accumulated wealth, but so is the engineering of human, animal and plant DNA also indulged in for the same ends. To invent and to patent a ‘novel’ life form is to acquire control and ownership of it in perpetuity.”

In Elana Freeland’s book, there is a revelation to do with human genetic modification that’s shocking, but in line with the quote above.  If you want to know what’s really going on with our skies, climate, economy with its “disaster capitalism,” and our health, this is a must-read.  She gives very practical tips for building immunity, which is the distilled result of over a decade of research.

I’ll close this article with a quote from Freeland that ends her inspiring, though disturbing, book.

“Every era has its powerful sociopaths and military mindsets that call for creativity and will to fight to uphold the best of what it means to be human.  If life itself is being loaded like a gun, it is our responsibility to think through the fight before us for the sake of future generations who prefer being human to being “enhanced” biomachines.”   Elana Freeland